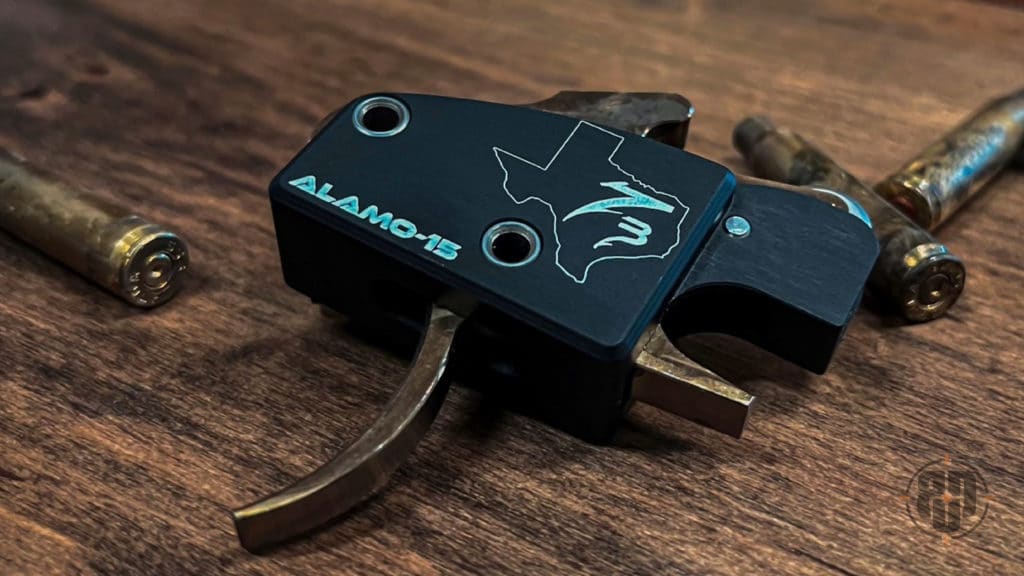 There is a new item on the market that is making everyone pay attention to the trigger game. There’s fast, and then there’s DAMN FAST! The Powered By Graves ALAMO-15 semi-automatic Positive Displacement AR trigger is damn fast.

We’ve compiled the most viral, must-see moments with the ALAMO-15 AR Trigger, shot by our influencer partners.

Check them out below!

The Manspot Unloads in the Tundra

Wearing his best fur coat and tan cowboy hat, Vaughn NeVille from Themanspot gives us a show with his ALAMO-15 trigger in the woods. Surrounded by snow, he sends a blizzard of brass flying as he unloads with his new favorite trigger. The only haters he has to block out with his shades are the ones that don’t have their ALAMO-15 trigger yet.

Black Rambo Shows Off the Fastest Trigger Out There

Black Rambo doesn’t shy away from bragging about his ALAMO-15 trigger. Black Rambo shows off his favorite AR-15 while unleashing a series of rounds with his new trigger.

The ALAMO-15 Positive Displacement Trigger was built for speed and for showing off Second Amendment rights. Brian Gold and his crew test out the Powered By Graves ALAMO-15 AR trigger with his stars and stripes clad AR-15.

Alexis Hermosa Shows Her Rythym with the ALAMO-15 AR Trigger

Alexis Hermosa presents her ALAMO-15 trigger in artistic style as she gracefully unloads her magazine to the stylings of the jazz saxophone. This is some impressive trigger work and even more impressive speed!

GHG Hussle Empties His 100-Round Drum with Record Speed

GHG Hussle salutes the camera as he gets ready to put his AR-15 to the test with the ALAMO-15 AR Trigger and a 100-round drum. Think it’s going to jam? Watch and see.

Whisper Tactical tests out the ALAMO-15 in several of the different uppers he owns. He shows off the trigger’s versatility as well as its number one quality: speed.

Slav Guns gives us an in-depth review of his new trigger. He provides great information about the ALAMO-15 while showing off what his new range toy can do.

From unboxing to unloading, Guns & Tactics gives us a full overview of the fastest trigger on the market. Watch the whole thing to learn about the ALAMO-15, or skip to the end for the fun part.

The Fastest 3D Printed AR-15 On The Planet

Print Shoot Repeat specializes in videos showcasing firearms made with 3D printed parts. He drops the ALAMO-15 trigger in one of his AR pistols and lets the brass fly.

The guys from Geeks and Gamers made it out to the range to test out the ALAMO-15. Take a look as they live out their Call of Duty dreams with the fastest Positive Displacement Trigger on the market.