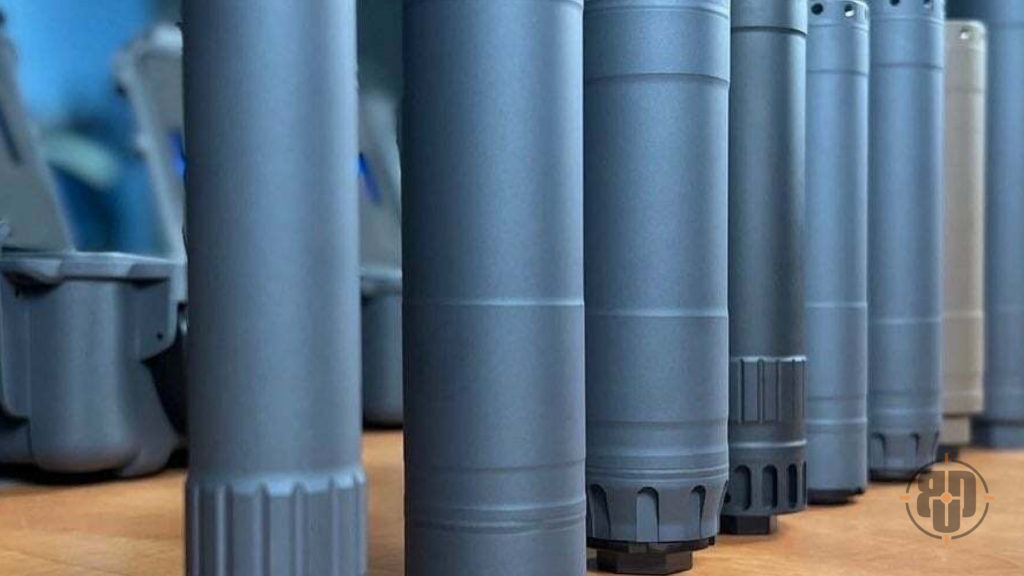 Over the last several months, the ATF has been enforcing secret gun control measures on law-abiding gun owners. Firearm rights that have been legal for years are coming under attack with no public notice of rule updates.

EForm 1 suppressor applications are being denied and gun owners are being threatened for legally modifying their firearms. A group of pro-Second Amendment senators is demanding that it stops.

Over the last several months, the ATF has been enforcing secret regulations on law-abiding gun owners. Firearm rights that have been legal for years are coming under attack with no public statement of policy change.

EForm 1 suppressor applications are being denied and gun owners are being threatened for legally modifying their firearms. A group of pro-Second Amendment senators is demanding that it stops.

The Bureau of Alcohol, Tobacco, Firearms, and Explosives (ATF) has developed a disturbing pattern of threatening gun owners with their own “ghost” gun control measures. They are denying the Second Amendment rights of gun owners with new regulations that have not been made open and available to the public.

News of the secret enforcement first surfaced in early March. A large amount of BATFE eForm 1 suppressor applications were denied by the ATF. Gun owners tried to file the required forms to own their legally home-modified suppressors but had their applications denied. The cases that were denied specifically targeted gun owners who had modified legally purchased solvent traps to make their own suppressors.

Currently, there are two main regulations that have been used to threaten Federal Firearms Licensees (FFLs), manufacturers, and individuals. The secret guidelines define solvent traps as suppressors and forced-reset triggers (FRTs) as machine guns.

This statement implies that solvent traps now meet the NFA definition of a suppressor. Years of precedent have allowed gun owners to make their own suppressors using solvent traps and other supplies. No public statement of any policy or definition change has been published by the ATF to communicate that this is no longer allowed.

A group of 20 pro-Second Amendment senators sent a letter to U.S. Attorney General, Merrick Garland, and Acting Director of the ATF, Marvin Richardson, on March 11. The letter openly calls out the ATF for enforcing secret rules against law-abiding gun owners.

“With this attempted secret regulation, the ATF shows an abject disregard for the fundamental principles of due process and accountable governance.” – Letter from pro-gun senators, March 11, 2022

The letter demands that “federal agencies cannot enforce the law in this manner.”

Another letter demanding the ATF stop this unjustified enforcement has been signed by members of the U.S. House of Representatives.

Led by Jim Jordan (R-OH) and Andy Biggs (R-AZ), the letter mentions that concerned constituents have reached out about this attack on their Second Amendment rights.

In response to these letters, the ATF finally published a public letter about their determination on forced-reset triggers (FRTs) on March 22. However, this came weeks after unfairly threatening gun owners with unpublished regulations.

As of March 29, 2022, there has been no public mention of any updated definition of solvent traps.

The letter addressed to all FFLs, announced that after examining FRTs, they determined that they are “machineguns” by definition.

This is in contrast to the popular Positive Displacement Trigger, the Powered By Graves ALAMO-15 AR trigger, which uses patent-pending roller technology to improve cycle speed while still requiring one trigger pull per shot.

Our Fight to Defend the Second Amendment

It’s now more important than ever that all firearm owners, American citizens, and defenders of freedom unite against the blatant attacks on civil liberties that are coming from left-wing, anti-gun groups.

In order to fight for our Second Amendment rights, it’s vital that we stand up and speak out against infringements on our God-given rights. We need to support our leaders who are fighting the good fight with us, and we need to denounce those that oppose American freedom and civil liberties.

Let your representative know that you oppose secret rules from the ATF. Demand that the ATF stop wasting their time threatening law-abiding gun owners and focus on enforcing laws that prevent crime. Support the Hearing Protection Act which would remove suppressors from NFA regulation.