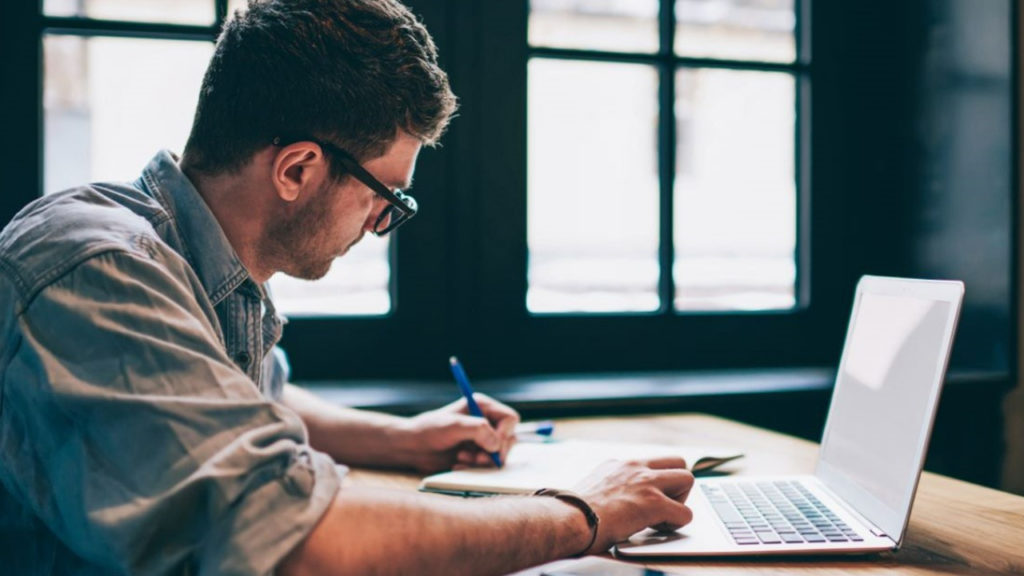 Nowadays, during what historians will likely call Obama’s third term, Joe, Kamala, and the rest of the White House commissars have targeted every link of the firearm chain: from the manufacturers who produce the firearms, to the credit card processors who facilitate the transactions, to the carriers who ship the guns to the dealers – and man, have they ever targeted our gun dealers.

Few outside of the gun-rights community are aware of these assaults on our constitutionally protected freedoms, because the legacy media has not covered any of it, which is certainly nothing new.

Today’s traditional media pays scant attention to the Second Amendment or gun rights, and when they do, their stories are so inaccurate and biased that they’re unreadable.

There are thousands of reporters and editors making up the legacy media, backed by multi-billion-dollar corporations, hedge-fund owners, and high-dollar advertisers.

We have less than 100 good folks reporting about issues that affect us. Most have day jobs and report part-time.

That, friends, needs to change.

We need more pro-gun reporters – watchdogs who can hold their public officials accountable, at the local, state, and federal level – brave souls who can help get the word out when they spot an infringement.

It’s not difficult to do, since smartphone technology and social media can make anyone a journalist.

It doesn’t matter what platform you use to publish a story – social media, a website, a podcast, or a YouTube channel – because a hard-hitting pro-gun story generates buzz, and buzz generates action.

Public officials don’t like their switchboards overwhelmed with irate callers or their inboxes overflowing with angry emails.

There is nothing stopping anyone from reporting their own pro-gun stories – period.

Some folks will rewrite a story from the legacy media, and sprinkle in a dash of pro-gun perspective. While this can work, there’s an inherent problem with this practice. It allows the legacy media to set our editorial agenda. In other words, it allows the anti-gun media to determine what we read online or watch on a podcast or YouTube channel. That, friends, we must not allow.

Reporting is actually pretty easy. If I can do it, anyone can. It’s all about listening to people. The best reporters I know are also the best listeners. They also get out of their chairs.

You have the same access to press conferences and other public events as any credentialed reporter, since reporters have no special access. Legally, they’re members of the public, too. If a public official tries to bar you from attending a press conference, which is by design open to the public, they’ve screwed up and that’s newsworthy.

Similarly, no local government can require media credentials or press passes and then bar you from an event for not having them. That’s a First Amendment violation, and it is also newsworthy.

Good reporting begins with thorough planning and preparation. Good reporters will become subject-matter experts long before they set their first word into type by researching their topic online, talking to experts in the field, and researching in the library.

I write out my questions in advance of a lengthy interview. It helps keep me organized, and I don’t waste time trying to come up with my next question.

I use the DQT – the Direct Questioning Technique. Direct questions are designed to elicit a narrative response rather than a yes/no answer. After all, your goal is to get the subject talking so you can quote them.

I try to avoid compound questions – What is your name and what is your favorite color? – and overly complex questions, as they tend to confuse the subject.

Don’t forget to question the target of your story, or at least make an attempt. I have yet to have a conversation with any ATF spokesperson, but fairness dictates I still make the attempt every time.

Whenever possible, I try to use official documents as a basis for my stories, after I’ve verified their authenticity. Documents don’t lie and they don’t need attribution. In other words, you don’t need to tell anyone how you obtained the documents.

Documents can’t be taken out of context, and they are very difficult to refute.

Become familiar with your local open records and Freedom of Information Act (FOIA) laws. Each state has different laws. Some, especially Florida, have penalties if the public official refuses to produce the documents in a timely manner.

Keep in mind that the type of official records that can be obtained through a FOIA request are not always paper documents. I’ve had tremendous fun requesting public officials’ text messages, their daily calendars, and the GPS records from their official vehicles.

Most states allow a citizen to request an official’s social media posts too, and they penalize the official if they delete their posts.

Libel and offers of anonymity

I strongly recommend researching libel law until you have a thorough understanding of what you can and cannot publish. The truth has always been the best defense against libel claims, but nowadays anyone can be sued for even the most trivial of reasons. While the target of your story may not like what’s published, if it’s true, legally, there’s little they can do.

Also, be careful offering anonymity. It can bite you if you’re sued and you have to defend yourself in court. The sole purpose of some libel lawsuits is to determine who leaked the information. If a judge orders you to divulge the name of a source whom you granted anonymity and you refuse, you can be held in jail on contempt charges until you give up the name.

There’s an old journalism saying: Everyone needs an editor. It’s certainly true, especially for me. It’s always difficult to edit your own work. Find someone who can read your stories and make suggestions. If you can’t find anyone, you can always send them to me. I’m happy to help.

If you launch a website and post a story, few outside your circle of friends will ever see it. The best way to get more views is by publishing on multiple platforms.

I recommend posting a story on a website and then adding links on multiple social media channels. I’d also tag pro-gun websites on your social media, and then email them links to your story too.

The more you share, the more people will read your story.

I recommend creating a list of websites and social media accounts that you use every time you publish a story.

Once a story is published, you should monitor the response – especially from the target of your story. They may hold a press conference or issue a statement. There may be resignations or firings, or they may refute your story and point out alleged inaccuracies.

If you made a mistake, own it. We’re all human. Mistakes happen. When you admit a mistake, it builds credibility with your readers.

I believe that when you publish a major story you’re only half done.

A hard-hitting story gets people’s attention. Then, it’s time for the follow-up stories. Don’t stop writing until the issue you revealed is resolved.

Public officials are accustomed to the “one and done” tactic of the legacy media. Once they see your follow-up stories – once they realize you’re not going to stop – they’re more likely to take action. So don’t think of writing a story. Think of writing a series of stories.

This is the best way to hold public officials accountable.

I was an investigative reporter at four newspapers and I still have trouble defining the term.

Generally, an investigative reporter has the luxury of time. That is the major difference.

Some stories can take weeks. Some can take months or even years.

The payoff is worth it. Laws can be changed. Civil rights can be restored. Bad officials can be outed and held accountable.

The one commonality of investigative stories is that they all start at the local level when someone discovers a problem and starts digging.

If this is a path you want to venture down, thank you. Our community certainly needs more eyes and ears out there.

The legacy media is facing massive cuts and layoffs, so the politicians believe no one is watching. They need scrutiny now more than ever, especially the anti-gun pols.