Boo! Biden wants You to Believe that ‘Ghost Guns’ Are Scary 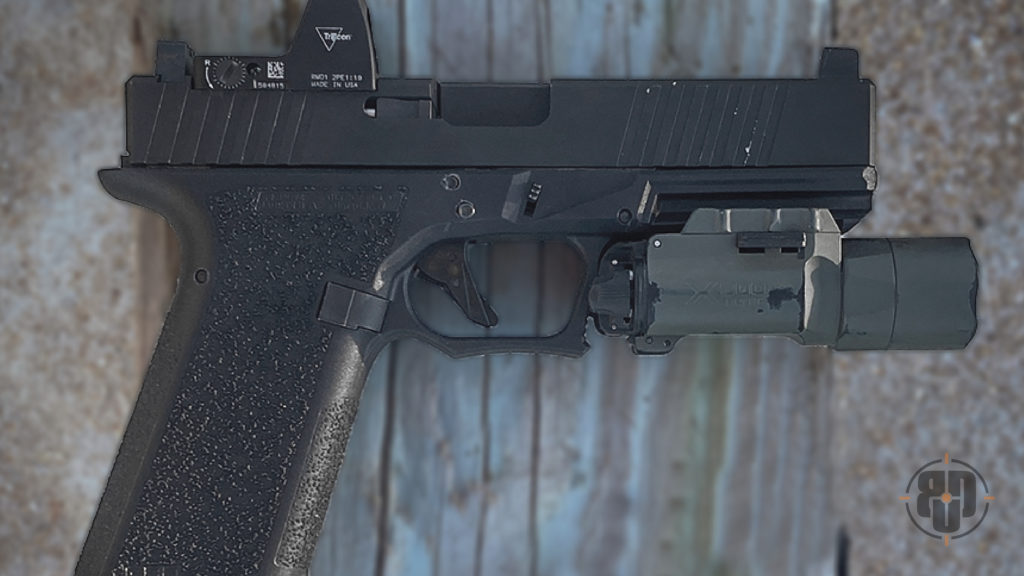 In addition, he asked the Bureau of Alcohol, Tobacco, Firearms, and Explosives (ATF), or AFT as Biden referred to them in his speech, to review and reclassify pistol braces as NFA items and ban so-called “Ghost Guns.”

A “ghost” gun is an unserialized firearm that can be purchased online and assembled in the privacy of one’s own home from parts or kits or that includes one unfinished piece — typically the frame or receiver — that requires the purchaser to do some drilling to make the gun fully functional.

A fundamental staple of what it means to be a free Americans, has always been the right to build our own firearms at home. The law does not require homemade firearms to have a serial number, and a background check is not required to build a gun.

There’s nothing “scary” about a ghost gun. They’re referred to as “ghost guns” because they don’t require a background check or serial number, thus making them harder for law enforcement to keep track of them. Hence, the term “ghost” gun has been used.

A “ghost” gun is a firearm assembled from an 80 percent lower kit. Officially called a “receiver blank” by the ATF, an 80 percent lower is an unfinished receiver that isn’t considered a firearm. The purchaser must cut and drill the lower at home with hand tools such as a jig.

They must also purchase the necessary parts to complete the assembly and turn it into a legal and fully functioning firearm. With the right parts, tools, patience, and ability to follow directions, it will take most people a couple of hours to assemble a complete firearm.

These 80 percent lowers have been available since the 1990s. However, they didn’t begin to gain popularity until after 2009 when firearm dealers in California began offering unfinished receivers for the AR-15 and AK-47 series of guns, in an attempt to circumvent the state’s assault weapons laws.

“Ghost” guns did not become well known until 2013, when one was linked to a shooting at Santa Monica College in California, which killed six people, including the gunman.

Is a Ghost Gun Legal?

The Gun Control Act of 1968 says building a firearm for personal use without a license or paperwork is perfectly legal. The ATF also says 80 percent lowers are legal and are not considered firearms.

You’re not subject to the same rules and restrictions when buying, shipping, owning, or building an 80 percent lower or another type of receiver blank.

What are the Benefits of Purchasing an 80 Percent Lower?

These same rules apply to all receiver blanks, frame blanks, and build kits from a variety of companies. And it is for these reasons that ghost guns (80 percent lowers) have become so popular. It’s another way for American citizens to exercise their God-given and Second Amendment rights to “keep and bear arms” without the infringement of anti-gun politicians, policies, and unconstitutional laws.

President Biden, other anti-gun politicians, and the mainstream media want you to believe that numerous gun-related crimes and murders are committed with ghost guns because they’re easy to access, relatively inexpensive, and don’t require a serial number or background check.

Some mass shootings have been linked to ghost guns, like the 2019 shooting at a high school in California, where a 16-year-old killed two students. A ghost gun was also linked to a 2017 rampage in which a gunman killed his wife and four others in Northern California.

But analysts said that ghost guns were not disproportionately linked to mass shootings. The current area of concern is supposedly day-to-day gun violence in cities across the country. Ironically, these are also the cities with the strictest gun laws and are predominantly run by anti-gun Democrats.

In reality, it’s not ghost guns that are primarily responsible for gun violence. As previously posted in the article “Gun Violence is Not a Public Health Crisis – Part 2,” handguns make up more than 60 percent of firearm-related deaths including suicides, which also account for 55-65 percent of all gun deaths. Although some of the firearms seized by law enforcement may be ghost guns, they are an extremely small percentage of the more than 393 million guns owned by Americans.

Remember, The Gun Control Act of 1968 says building a firearm for personal use without a license or paperwork is legal. The ATF also says 80 percent lowers are legal and are not considered firearms.

So why is the Biden administration targeting ghost guns? Big Daddy Unlimited believes it’s because the ultimate goal is to enact unconstitutional universal background checks in order to lead to a gun registry. This gives the government the ability to track every law-abiding citizen’s guns. Again, what part of “shall not be infringed” is not understood? Any and all infringements are unconstitutional and unacceptable.