Join Big Daddy Unlimited at the PUT IT ON HIS DESK Rally on April 20, 2022
By Nick WApril 4, 2022Updated:April 11, 2022No Comments5 Mins Read
Facebook Twitter LinkedIn Email 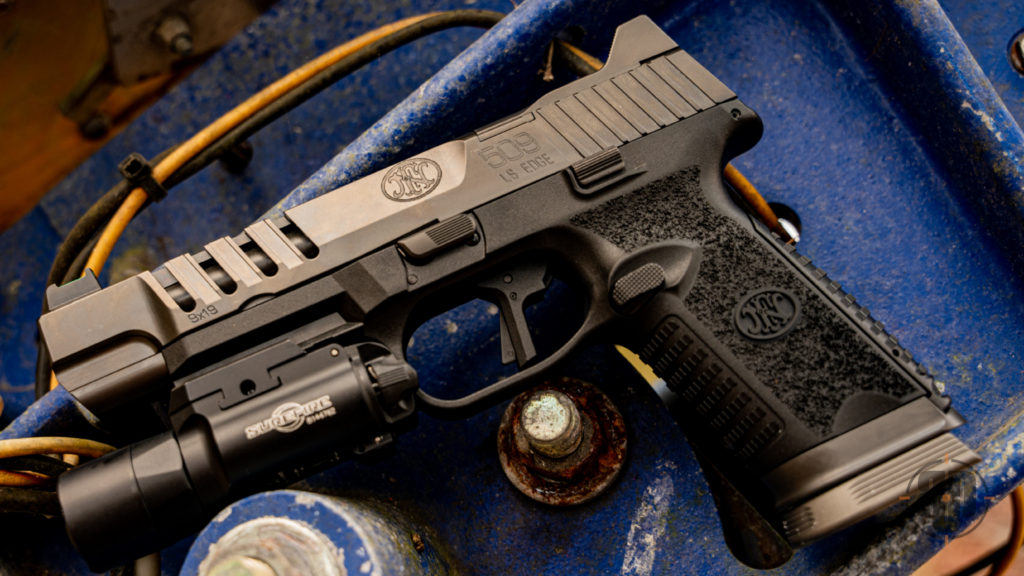 One state, in particular, is surprisingly late to the party… Florida. Gov. Ron DeSantis hopes to change that with the special legislative session he has called for in mid-April.

Team up with Big Daddy Unlimited, American Gun Coalition, and Gun Owners of America to

Join the PUT IT ON HIS DESK Rally

It is time that all states get rid of the discrimination that concealed carry permits place on the Second Amendment.

There is one state in particular where its time has come. The governor has called for it and supportive legislators have said that they are willing to pass a constitutional carry law.

So why hasn’t it happened yet?

The state of Florida is ready to become the next state to legalize constitutional carry. The state legislators need to put politics aside and pass this common-sense legislation.

Also Check Out: Is Big Daddy Unlimited Worth The Money?

DeSantis has been openly supportive of constitutional carry. In early March at a rally he held in Panama City, Florida, he was asked by a reporter, “where are we at with constitutional carry?” he replied with a message to the Florida Legislature, “put it on my desk, and I’ll sign it.”

Even with all of these positive indicators in favor of this legislative goal for freedom, the 2022 Florida Legislative session came to a close on March 14 with the constitutional carry bill, HB 103, never even making it to the floor for a vote.

DeSantis decided that the state legislators had more work to do.

On March 29, he announced that he was calling on the legislature to reconvene in Tallahassee for a special legislative session. The most prominent item he wants on the agenda is a new Florida Congressional District map after he vetoed the map that was passed.

What’s one of the other top priorities that he wants taken care of?

“I would love to have property insurance. I’d love to have data privacy, I’d love to have constitutional carry (of handguns). There’s a lot of great things,” DeSantis said on March 29. “But you know, we just went through a legislative session where they failed to deliver on some of those priorities.”

What is constitutional carry?

Constitutional carry is the term given to the right of citizens to own and carry a firearm (openly–where allowed–and/or in a concealed manner) without a permit from the government. It removes unnecessary barriers for citizens to bear arms in order to protect themselves and their loved ones.

Citizens who are fully eligible to own a firearm no longer have to jump through additional hoops to carry their firearm.

Who Do Concealed Carry Laws Impact?

Some states require an in-person class that can last as long as eight hours in order to be eligible for a permit. These classes often cost nearly $100 or more per person. After paying for this class, fees must be paid to have your official concealed carry license awarded. All of this can add up to over $200.

These policies clearly discriminate against middle to lower-income American citizens. Oftentimes, these are the citizens that live in higher-crime areas and are the most in need of a means of self-defense.

It’s Time for Constitutional Carry to be Passed in Florida

When the Framers of the U.S. Constitution wrote the Second Amendment, they did not include “…with written permission from their state government.” The Second Amendment gives every American citizen the right to bear arms and the Founding Fathers specifically state that this right “shall not be infringed.”

The state of Florida leads the nation in concealed carry permits. Over 2.4 million Floridians have jumped through the hoops to exercise their Second Amendment rights.

It’s time that the state of Florida gets rid of this unconstitutional regulation and continues the legislative momentum of constitutional carry in the United States.

Join Big Daddy Unlimited at the PUT IT ON HIS DESK Rally!

Join us in Tallahassee, Fl. on April 20, 2022 to show our support for constitutional carry.

American Gun Coalition, Big Daddy Unlimited, and Gun Owners of America are teaming up at the Florida State Capitol to rally state legislators to support Rep. Anthony Sabatini’s bill to bring constitutional carry to the state of Florida.

Join the PUT IT ON HIS DESK Rally