Why Gun Violence is NOT a Public Health Crisis – Part 1 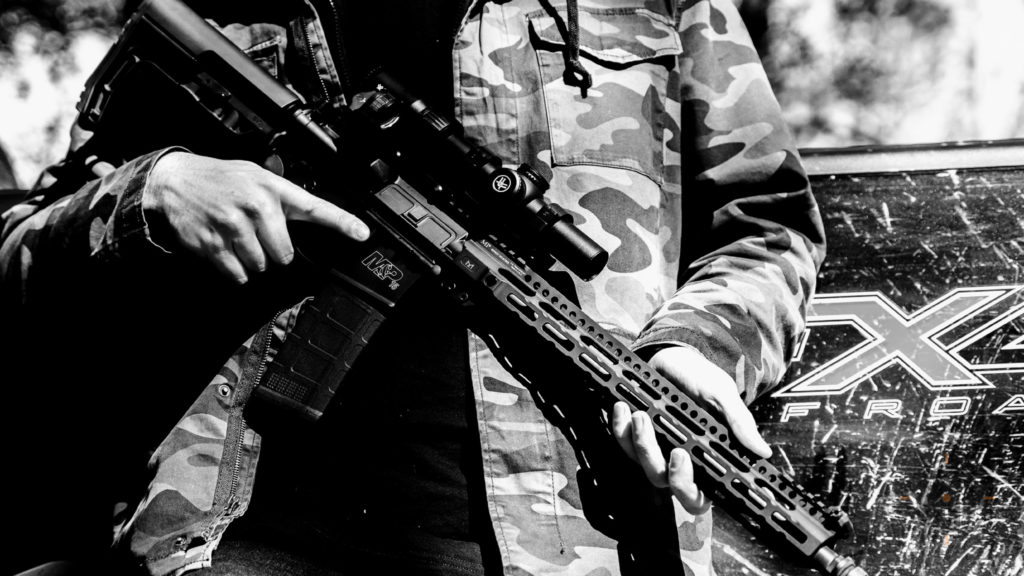 According to anti-gun politicians and the mainstream media, gun violence is a public health crisis and epidemic.

In a post-Covid world where society is intimately familiar with the effects of a public health crisis, is it responsible or even accurate to characterize gun violence in this way?

Gun violence involves the illegal use of firearms to harm another human being. When it does happen, it’s tragic and most law-abiding citizens condemn it. According to anti-gun politicians and the mainstream media, however, gun violence is a public health crisis and epidemic. In a post-Covid world where society is intimately familiar with the effects of a public health crisis, is it responsible or even accurate to characterize gun violence in this way?

A health crisis or public health crisis is a difficult situation or complex health system that affects humans in one or more geographic areas (mainly occurring as natural hazards), from a particular locality to encompass the entire planet. Health crises generally have significant impacts on community health, loss of life, and the economy.

Firearm Homicides Not in the Top 20 Causes of Death

Also Check Out: Why Gun Violence is NOT a Public Health Crisis – Part 2

For 2020, the Gun Violence Archive, an online database of gun violence incidents in the U.S., reported a total number of 43,551 firearm-related deaths (24,156 suicides and 19,395 homicides/murders/unintentional/defensive). Suicides accounted for 55 percent of all gun-related deaths, while 45 percent included homicides, murders, unintentional causes, and defensive use.

The Associated Press labeled 2020 “the deadliest year in U.S. history,” (mostly due to COVID-19) recording the highest total number of firearm-related deaths in more than 20 years. However, it doesn’t take into account the nation’s growing population.

Knives and Other Weapons Result in More Deaths Than Mass Shootings

Although there is no clear definition of what constitutes a mass shooting, the consensus among most sources is when 3-4 people are injured or killed. The Gun Violence Archive defines mass shootings as incidents in which four or more people – excluding the shooter – are shot or killed.

As of August 2021, 470 mass shootings fit the Mass Shooting Tracker project criterion according to the Gun Violence Archive, leaving 482 people dead and 1,927 injured, for a total of 2,409 total victims, some including the shooter(s).

Although there has been an increase in mass shootings since 2000, fatalities from mass shootings account for a small fraction of gun murders that occur each year.

FBI data released Monday, September 27, 2021, in the Uniform Crime Report (UCR) show over three and a half times as many people were stabbed to death in 2020 than were killed with all kinds of rifles combined.

The UCR shows that 454 people were shot and killed with rifles in 2020 while 1,732 were stabbed or hacked to death with “knives or cutting instruments.”

As far as homicides go, knives and personal weapons result in more deaths than mass shootings.

If a health crisis is defined as having a significant impact on community health, loss of life, and the economy, does a mass shooting qualify as a public health crisis? No.

According to our numbers, knives and personal defense weapons result in more deaths than a mass shooting. Has a public health crisis been mentioned by politicians or the mainstream media against knives and fists? No? Why not? Because it doesn’t fit the anti-gun agenda.

This data marks the first time in four years that the estimated number of violent crimes in the U.S. increased from the previous year, the FBI said in a statement.

According to a report from the NCCCJ, homicides increased by 42 percent in the summer and 34 percent in the fall compared to the same times in 2019 across 28 major U.S. cities—including Chicago, Philadelphia, New York City, Los Angeles, Baltimore, Houston, and Detroit, among other cities—between January 207 through October 2020, when compared to the same time period last year.

What took place during this time period? Rioting, burning, looting, violence, and the murder of innocent people from acolytes of the Black Lives Matter (BLM) organization and ANTIFA, stemming from George Floyd’s death (and others). In Minneapolis, there has been a 77 percent increase in murders.

The violence by early June 2020 had resulted in two deaths, 604 arrests, and upwards of $500 million in property damage to 1,500 locations, making the Minneapolis–Saint Paul events alone the second-most destructive period of local unrest in United States history, after the 1992 Los Angeles riots.

With ANTIFA and BLM rioters released from jail soon after being booked (and their bail paid for by Hollywood celebrities and Democrats), they were emboldened to commit more acts of rioting and violence with the mainstream media and limp-wristed politicians calling them “mostly peaceful protests.” In many cities, law enforcement was told to stand down while statues were torn down, buildings and businesses looted, vandalized, and burned, federal buildings vandalized and set on fire, and law enforcement officers and citizens injured or killed.

The New York Post reported on June 8, citing the U.S. Justice Department, that more than 700 law enforcement officers were injured on the job during nationwide protests over Floyd’s death. In early June, news accounts reported the number of people killed during the Floyd protests at roughly a dozen, or as many as 19. The victims include a 77-year-old man who was a retired St. Louis police captain and a 22-year-old woman from Davenport, Iowa. In addition, BLM caused more than $1 billion in damages in cities across the U.S. and the number is still climbing and could reach $2 billion or more.

It’s also no surprise that the cities with the strictest gun laws have the highest incidences of gun violence and homicides. There are more than 300 federal and state gun laws already in place. They don’t deter evil people from committing evil deeds. And criminals don’t tend to follow the laws or gain access to firearms through legal means. Only law-abiding citizens are affected by these laws because their 2A rights and freedoms are restricted.

Take a closer look at Chicago where people are injured or killed by firearms every weekend in numbers typically higher than the majority of mass shootings that gain political and media attention. If gun violence is a health crisis or epidemic, why haven’t anti-gun politicians and the mainstream media focused on these cities with strict gun laws and high numbers of firearm-related homicides?

Again, it doesn’t fit the narrative. If gun violence was a health crisis or epidemic, then they wouldn’t focus on the two things that amount to the smallest fraction of firearm-related deaths: mass shootings and assault rifles.