What Type of Rifle Sling Should You Run? 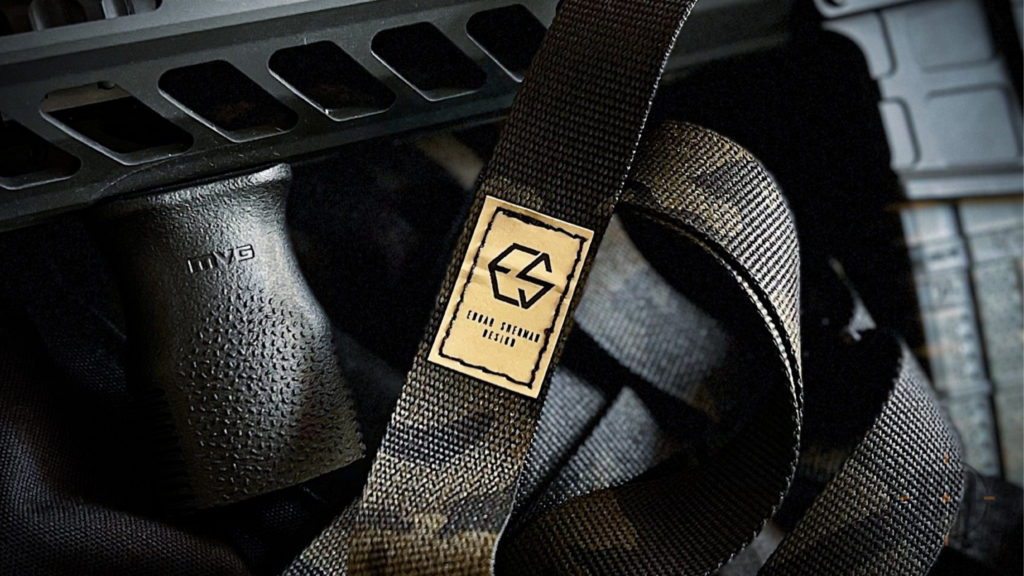 Whether you have an AR-15 rifle, AK-47, carbine pistol, pistol caliber carbine (PCC), or Personal Defense Weapon (PDW), you may want to put a sling on it.

Like Beyonce once said, “if you like it, then you shoulda put a sling on it.” Oh, wait, never mind. Wrong song.

Why should you consider a sling? Because most rifles, carbine pistols, and PDWs weigh 4-7lbs unloaded. Once you add iron sights or a red dot or holographic sight, a flashlight, and a vertical/angled grip, handstop, or other accessories, it can get heavy fast!

Sure, you could make a plethora of other modifications including the grip, trigger, optics, stock, or handguard. But a sling may be the best modification you can make right away.

The purpose of a sling is to be able to carry your rifle, carbine pistol, or PDW comfortably and be able to transition to being hands-free. Whether you need to pick something up or switch to your handgun, a sling allows you to do so without dropping or putting down your firearm. And if you have to hike long distances, a sling will become your new best friend. It also comes in handy when an enemy combatant attempts to disarm you. Slings keep the rifle in your hands to continue the fight!

There are three main types of slings that we’ll discuss today: Single point, two-point, and three-point. The number of “points” refers to how many places it connects to your rifle.

A single-point sling looks like a lasso and connects to one point with the rifle pointing down, making carrying and transitioning easy. In close-quarters combat (CQB), it excels by providing freedom of movement, allowing you to aim freely, move quickly, and transition to your opposite (support) shoulder if needed.

However, a single-point sling can result in injury to the “frank and beans” when you quickly drop it or let go of your firearm as it tends to head directly into your groin (or knees when moving forward). Ouch. In addition, a single-point sling will not allow you to brace your rifle against your shoulder when firing. Other than some compact PCCs or PDWs for CQB, it has limited use for most people—but it is the easiest to use.

The two-point sling is the most commonly used. It connects to your gun’s front and rear, allowing easy accessibility and adjustability for using and carrying your firearm in front of you or on your back. A two-point sling is designed so that the rifle hangs in front of you with the barrel pointed toward the ground on your support side and the stock near your dominant shoulder. This placement allows you to bring the rifle up smoothly and quickly or push the weapon to the side when it’s not needed.

However, the second connection point also reduces mobility making switching from your dominant shoulder to your support shoulder cumbersome. Be sure to practice using the tabs or quick-adjust straps when transitioning from shooting to moving and vice versa.

Technically, a three-point sling is a misnomer because it only attaches to two points (front and rear). Like a single point, it has a loop that you put your head and dominant arm through. The tail of the loop connects near the stock of your rifle, and the loop also has a strap that attaches to the front end of your AR-15—like a two-point sling.

Sounds confusing, doesn’t it? Yeah, that’s because it is. Although it makes carrying it close to your body and transitioning to different positions easier, it can get hung up or tangled on gear, get in the way of the ejection port or bolt release, or, worse, immobilize your rifle from being used when needed. D’oh.

What’s the Best Sling Set up for You?

Ultimately, it’s a personal choice. We recommend a two-point sling for most people due to its versatility. A single-point sling is easy to learn and use. And it provides freedom of movement in CQB situations with a compact carbine pistol or PDW. However, we rarely, if ever, recommend getting a three-point sling. They are just too much of a hassle to use—but some people like them.

No matter which sling set up you go with, be sure to take time practicing using it and transitioning from moving to shooting and vice versa. You want to know exactly where your rifle goes when you need the use of both your hands, how it feels when carrying it for any length of time, how much slack it has, and how to adjust when needed.

If you’re looking for a new sling for your rifle, carbine pistol, PCC, or PDW, join Big Daddy Unlimited today!

Big Daddy Unlimited (BDU) is revolutionizing the online gun, gear, and ammo-buying process with the largest selection of in-stock products at everyday industry-leading prices! Our mission is to help our members exercise their Second Amendment right at prices they can live with while giving them the VIP service they deserve! Our passion for the 2A is unyielding, and we patriotically defend the freedoms upon which our great country was founded.

Our sales and services teams are the greatest benefit of our membership program and truly what sets us apart from other companies in the firearms industry. A quick call into BDU is the fastest way to solve a problem or grab that hard-to-find item! Give us a call at (800) 915-7709 to become a member today!

Also Watch: Knowledge Bomb – How To Run A Sling