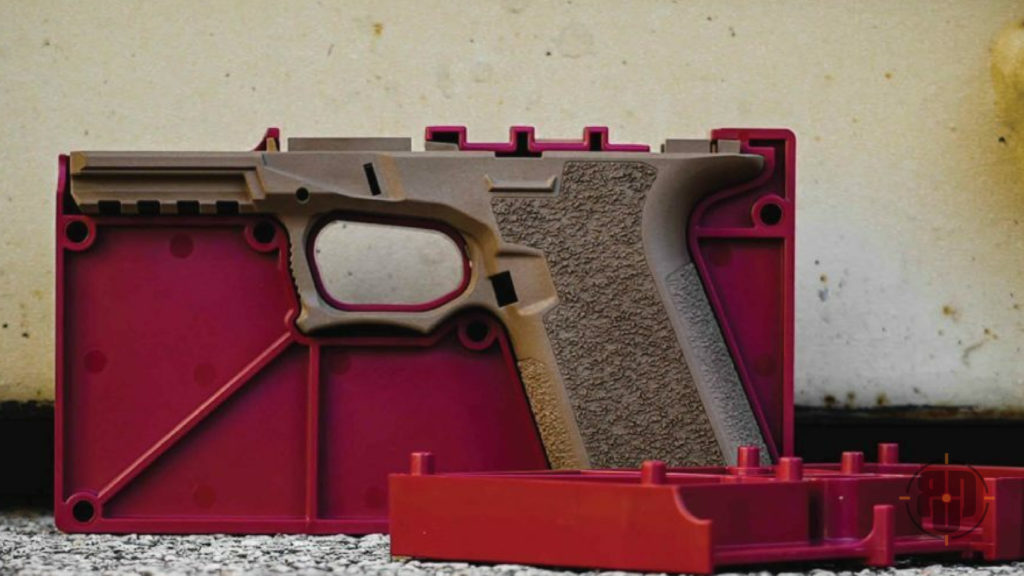 UPDATE: The final rule was published in the Federal Register on April 26, making the effective date Aug. 24, 2022.

The White House released a statement describing new gun control regulations they plan to enact through the regulatory authority of the Bureau of Alcohol, Tobacco, Firearms and Explosives (ATF) as well as President Biden’s new nominee for ATF Director, Steve Dettelbach.

When Does This Take Effect?

This rule has been signed by the Attorney General, but will not take effect until 120 days from the date of publication in the Federal Register.

As of mid-afternoon of April 11, 2022, the official version of the final rule has not been published in the Federal Register.

What are “Ghost” Guns?

Assembled, unserialized firearms have been given the name “ghost” guns by politicians and activists to sensationalize the topic. They’re more accurately referred to as 80 percent lowers in the firearms community because they’re made using an 80 percent completed lower receiver.

It is currently legal for American citizens to build their own firearms for personal use using hardware or commercially sold kits. This rule will redefine 80 percent lower receivers as firearms under the Gun Control Act of 1968 to require serial numbers and a background check to be performed before the sale.

The Gun Control Act of 1968 provides the following definition of a firearm:

The ATF even has an infographic on their website explaining that they view 80% or unfinished receivers as legal.

The courts give broad authority to Federal agencies to interpret the laws passed by Congress through the legal principle of Chevron deference. This legal precedent allows Federal agencies to enact and enforce regulations if they follow a reasonable interpretation of the laws passed by Congress. Reasonable interpretation does not allow for the authority to create laws themselves or to change the meaning of the legislation.

In addition to the illegal administrative changes, there are additional gun control measures announced in the White House’s statement.

The executive action will require all privately manufactured, unserialized 80 percent lower firearms to be retroactively serialized before they may be taken into inventory by a Federal Firearms Licensee. This includes firearms made with individual hardware, kits, or by 3D-Printer.

There is also an expansion of the mandatory FFL out-of-business record submissions. Currently, FFLs are required to submit the last 20 years of sales records if they go out of business. This action will require FFLs to submit records from the entire time that they are open.

The system of collecting and storing out-of-business records is already alarming because the ATF is effectively using them to create a secret firearms registry.

These executive actions by President Biden are a clear infringement on the rights of American citizens.

In the statement released by the White House describing these actions, there is no mention of ensuring criminals are held accountable for their actions, nor community violence prevention strategies to proactively address violent crime amongst at-risk individuals.

To reduce violent crime in our communities, our leaders need to make informed decisions and invest resources that will prevent violence. Gun control laws that will only impact law-abiding citizens will do nothing to stop criminals from committing violent crimes.

What Should You Do?

As the Biden administration continues to overreach and force more gun control on law-abiding citizens, it’s more important than ever that we fight for our Second Amendment rights. American values of freedom and justice are under attack. In order to protect and defend these values, each one of us need to take action to ensure our voices are heard.

Join Second Amendment communities such as Big Daddy Unlimited, American Gun Coalition, and Gun Owners of America to organize and unite with other Second Amendment defenders. Send an email or make a phone call to your local representatives. Share this article and spread our message of liberty and justice with other freedom-loving Americans.

Together, we can ensure the Second Amendment and American freedom always prevail.

Check Them out Today!