Yet Another Gun Control Bill Wasting Money, Attacking Our Rights 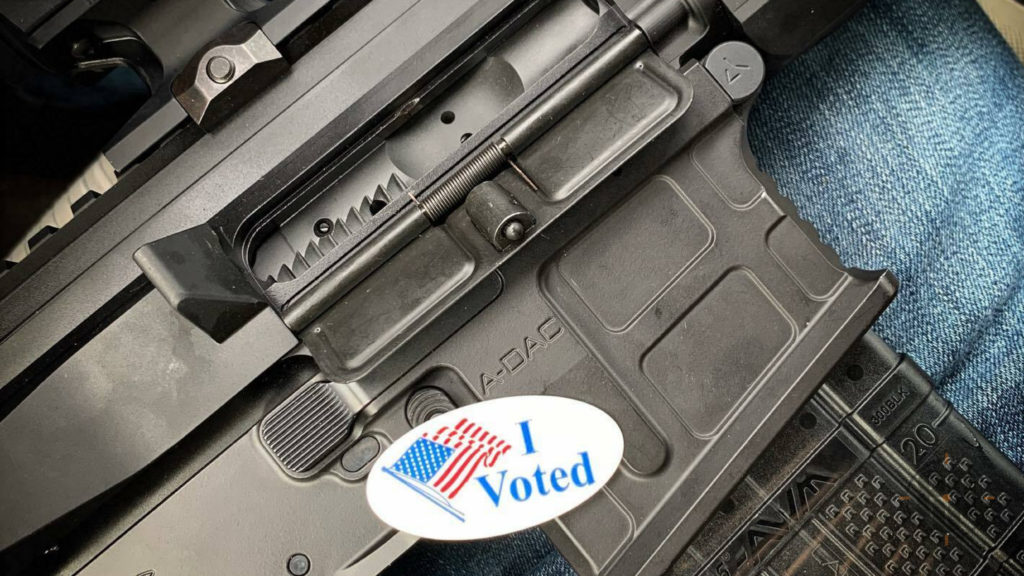 UPDATE: This bill was passed on March 10, 2022 as a part of the government spending bill.

A bipartisan group of U.S. Senators introduced a Senate Bill which would increase wasteful spending and increase investigations of law-abiding gun owners.

Several states already have this type of policy in place and the impact on public safety is minimal. However, the impact on valuable time and resources of law enforcement is staggering.

The bill requires federal authorities to notify state and local law enforcement anytime anyone is not approved for a firearm purchase.

Introduced as a bill to improve “public safety,” this is just another bill that puts lawful gun owners at risk of new 4th Amendment violations.

Even law enforcement officials have voiced the ineffectiveness of this bill.

According to a report from the United States Government Accountability Office (GAO), “Officials from the Executive Office for United States Attorneys said that prosecuting denial cases can require significant effort and may offer little value to public safety compared to other cases involving gun violence.”

Several states already have this type of notification protocol in place and the impact on public safety is minimal. However, the impact on valuable time and resources of law enforcement is staggering. According to the GAO report, of the 112,090 NICS denials that were investigated in 2017, only 12 resulted in United States Attorneys Offices (USAO) prosecutions (one percent).

Less Than One Percent of NICS Denials Are Even Prosecuted

The numbers speak for themselves.

The other 99.98% of these investigations were unnecessarily performed on law-abiding citizens or lacked the evidence to lead to any type of conviction.

99.98% of these investigations were a waste of time and taxpayer’s money.

Champions of freedom, justice, and public safety all over the nation need to worry about the strain that this will place on our federal, state, and local law enforcement authorities by forcing them to potentially investigate law-abiding gun owners.

The bill will create more unnecessary spending while having very little impact on the safety of our communities.

Take the funding from this bill and pour it into stopping murders in Chicago, Baltimore, and New York City!

The NICS was put into place with the passing of the Brady Handgun Violence Protection Act of 1993.

The purpose of the background check system is to prevent the purchase of a firearm by people who are legally not allowed to own a gun. Plus, a system was already put into place to address denied background checks.

If either one of these offenses is suspected, your form receives a federal NICS denial which prompts the ATF to initiate an enforcement process.

This process begins with a criminal investigation and can end with a referral for prosecution to the United States Attorney Offices (USAO).

If convicted, offenders could be charged with a felony and sentenced to up to 10 years in prison and up to a $250,000 fine.

This procedure is already in place and is carried out to ensure that firearms only end up in the hands of responsible, legally-eligible citizens.

Before enacting a new public policy, it is important to look at similar systems to determine the potential costs and impact that may arise with a new program. When it comes to our law enforcement agencies and the freedom of American citizens, it is vitally important to ensure that any new policy is cost-effective as well as legally just.

The GAO report looked at this very type of policy across the country. What they found was that this policy did little to improve public safety. Mandatory notification of all NICS denials increases the workload for federal, state, and local law enforcement and diverts them from more important responsibilities that make an impact on the safety of our communities.

Two states that were examined in this study are Pennsylvania and Oregon. Pennsylvania began investigating all firearms denials in 2014. According to state police report records referenced in the GAO report in 2016 and 2017, a total of 12,000 NICS denial notifications were investigated and a total of 828 resulted in convictions–less than seven percent of NICS denials.

The rest of these were either false denials, or the court did not find evidence for the conviction of the individuals being investigated.

Oregon has similar results with their NICS denial investigations.

So… How Do We Address the Gun Violence “Epidemic?”

First, read this article: Gun Violence is NOT a Public Health Crisis Part 1 and Part 2.

Violent crime impacts all of our communities.

We don’t only need to hope and pray for a fix for violent crimes in America. We know the solution.

We need to solve the gun violence in major cities across America by enforcing laws that already exist.

Then, arm and train responsible, law-abiding, freedom-loving gun owners who will protect, defend, and honor their communities.

The liberal narrative blindly pushing gun control and background checks as a public safety measure is currently failing and proven ineffective through the most liberal cities in America having the highest violent crime rates.

Increasing the breadth and the depth of an already flawed background check system is not the way to get the job done.

American Hearts Must Be “Reset!”

Investment in our foundational American values, finding our moral compass, and cherishing every human life is the way to do it.

Strengthening faith, family, community, diversity, and education is how we can reduce the impact of violent crime.

Empowering American citizens and training everyday people is how we can reduce the impact of violent crime.

…and don’t forget – we must support our brothers and sisters in uniform.